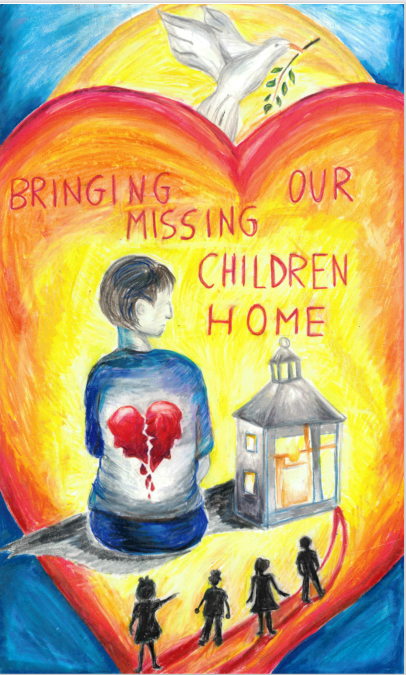 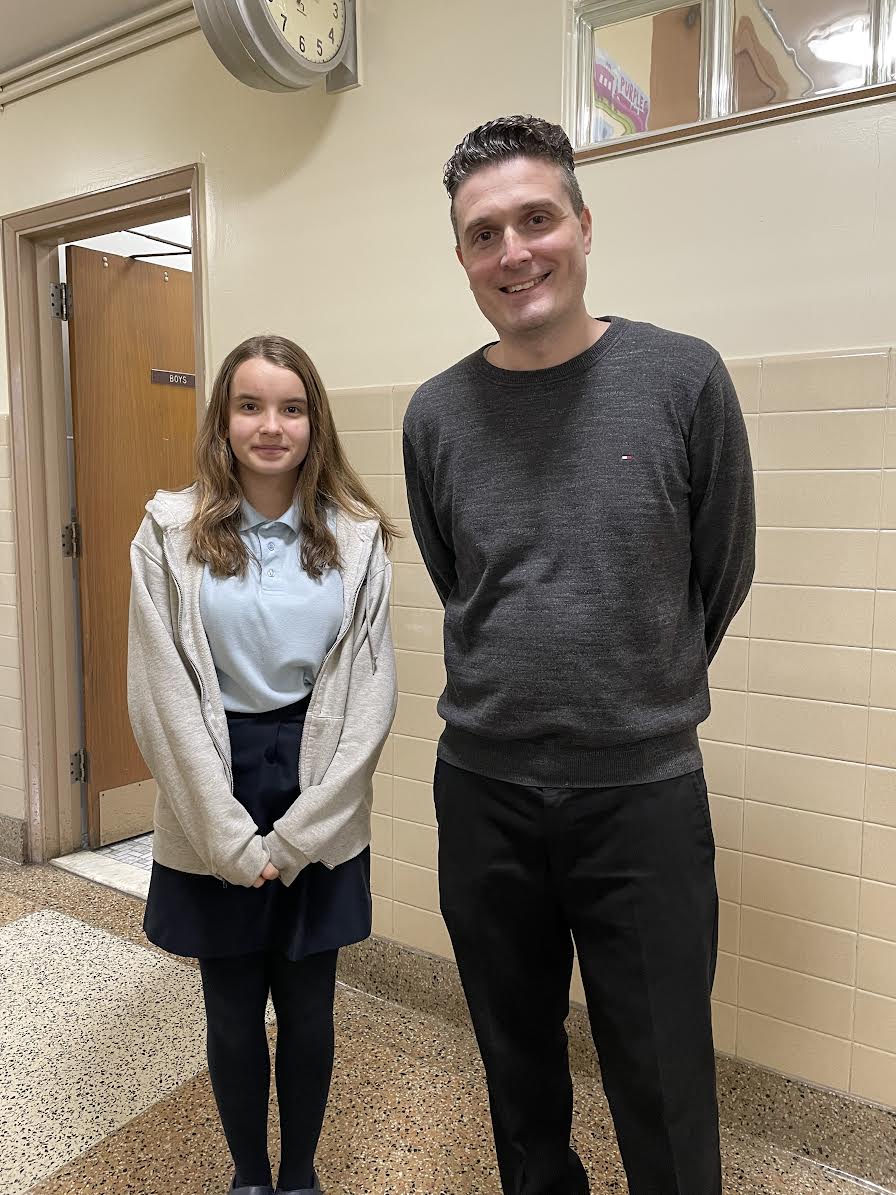 Fifth grader Rose Regula created the winning image, which features a parent with a broken heart beside a lantern, above a silhouette of a girl reaching toward other people, with the silhouettes connected by a red thread. The picture depicts a dove holding an olive branch above a heart framing the brightly colored scene with the words “Bringing Our Missing Children Home!”

Ten-year-old Rose’s drawing will be entered into the National Missing Children’s Day Poster Contest, an annual competition sponsored by the U.S. Department of Justice (DOJ). New York and other states coordinate their own contests, and the state winners compete against each other in the national contest. The winner of the national competition will be announced later this month, and the poster will be used to promote National Missing Children’s Day, which is May 25.

“We congratulate Rose for her winning entry, a moving and thoughtful rendering of the loss that families feel when a child is missing," Commissioner Rosado said.​ "Her entry shows what is lost and how pain endures when a child goes missing, and it helps raise awareness of those who are yet to be found. We thank her and all of the contestants across New York State for their artistic contributions and help shining a light on this important issue.”

Rose, who attends Our Lady of Hope in Queens, described her artwork, saying the dove carrying the branch “represents hope. Those searching should not lose hope and neither the children.

“The candle and lantern represent hope and prayers of others guiding the children to a home filled with warmth and comfort. The heart is two faces tearing apart, representing the parent’s grief. The children are on threads because they are on their way home. An ancient Chinese legend states that people meant to be together are connected by a red thread. I created this poster because I want to spread the message to help bring these children home.”

The New York State Missing Persons Clearinghouse, located at the Division of Criminal Justice Services, sponsors the state’s contest. Clearinghouse staff received 282 submissions, 195 of which met the criteria for the contest and removed the artists’ names and schools they attend before sending the entries to four judges for evaluation. In addition to Executive Deputy Commissioner Joseph Popcun, New York State Police Special Victims’ Unit Special Investigator Victoria Martuscello, who assists with the administration of the New York State AMBER Alert program; and the Albany Ride for Missing Children Executive Board members Laurie and Frederick Alber, III, served as judges.

The judges also selected second- and third-place winners: Reyansh Kulkarni, from Barnum Woods Elementary School in East Meadow, and Joyce Kim, from P.S. 213Q Carl Ullman School in Bayside. The three winning artists’ posters will be displayed alongside all other qualifying entries at the Empire State Plaza during the week of May 25.

The state and national poster competitions are designed to raise awareness and educate the public about unresolved missing children’s cases. As of 2021, there were 10,184 children reported missing across New York State, a 9.9 percent decrease compared to 2020. Of those, an overwhelming majority, 93.2 percent, were reported as runaways. A total of 10,245 cases involving missing children from 2021 and prior years were closed in 2021, with 1,430 cases active at the end of the year.

May 25 was designated National Missing Children’s Day in 1983 to mark the four-year anniversary of the disappearance of 6-year-old Etan Patz, who vanished on his way to school in New York City. His disappearance gained national publicity and created a groundswell of attention to the plight of missing children. The case went unsolved for decades until a New Jersey man confessed, was convicted, and received a life sentence of imprisonment for kidnapping and murder.

The Missing Persons Clearinghouse assists law enforcement agencies by providing training, case management guidance and investigative support, such as publicizing missing children cases. It also administers the state’s Missing Child Alerts, which are activated when a case involving a missing child under the age of 21 doesn’t meet AMBER Alert criteria.

New Yorkers can register with New York Alert to receive notifications whenever Missing Child, AMBER, Missing College Student, or Missing Vulnerable Adult alerts are activated. Anyone with an existing New York Alert account can update their profile to receive these alerts.

The New York State Division of Criminal Justice Services is a multi-function criminal justice support agency with a variety of responsibilities, including law enforcement training; collection and analysis of statewide crime data; maintenance of criminal history information and fingerprint files; administrative oversight of the state’s DNA databank, in partnership with the New York State Police; funding and oversight of probation and community correction programs; administration of federal and state criminal justice funds; support of criminal justice-related agencies across the state; and administration of the state’s Sex Offender Registry.